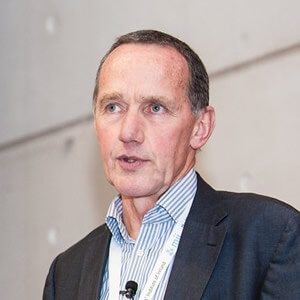 Kieran holds a PhD, Master of Public Administration and B Comm degrees from UCD and an M.Sc (Public Sector Analysis) degree from Trinity College.

For the last six years, Kieran has been working in the field of research and evaluation and as an independent consultant and trainer. Between January 2009 and February 2012 he was Director of Regimes in the Irish Prison Service. Reporting to the Director General, he had policy responsibility for prisoner care and rehabilitation. Relevant achievements during this period were the introduction of new programmes for sex and violent offenders, design and implementation of an incentivised regimes policy, expansion of education and work training facilities and revitalisation of sentence planning for prisoners, all of which required significant project planning and management. From May 2006 to January 2009 he was Deputy Director in both the Regimes and Operations Directorates. As Deputy Director of Operations, he had responsibility for policy issues relating to security, safety and discipline in the prisons and control and management of prisoner numbers.

For twelve years prior to that, he was Head of Research in the Garda Síochána, reporting to the Assistant Commissioner for Strategy and Services. A significant focus of much of the work was on young offenders. Between 1988 and 1994 he worked in the Public Management Service of the Organisation for Economic and Social Development, Paris, and before that he worked in a number of Government Departments.